Globalization, at least in its cultural dimension, brought the issue of self-identification to the forefront of public discourse in many regions and countries. It affected blocks, governments, institutions, individuals, even transnational corporations. As we all remember glocalization was to follow the process of globalization, but as some experts predicted it didn’t. Or only did partially. (For those interested in this kind of warning, I would recommend a book edited by Peter L. Burger and Samuel P. Huntington: “The Many Globalizations: Cultural Diversity in the Contemporary World” in 2002).

Trying to make another impulse for understanding the situation in Europe and in many other places in the same direction I would propose a notion of “New locality”, that might be productive for researchers who explore the perspectives and challenges which may lie ahead of us and somehow shape our future.

Globalization made all of us think about global processes, regional implications, it made us accept migration flows, mobility, tolerate the culture of the Other, many changes to the ways we saw the world before, but most of all it has deepened our interest in who we are and where we are aiming for…

In my opinion, same kind of vision, at least for research purposes, might be applied to regions or Big regional projects, even like the concept of European Union as well as Eurasian Integrational projects. Both seem to be an object to criticism from those who are named as “populists” but do not belong to them, as well as those experts who make their careers to criticize it for their own purposes and really deserve to be labeled that way. Of course, it is much easier to understand arguments of experts like Julia Kristeva as a reflection of ethno-centrism, but what about downgrading the role of local societies which could undermine the European social fabric in general?

From my perspective, while the elitist discourse still maintains the need for new formats of integration, the intellectual trend on a grassroot level is characterized by an opposing vector. Individualization or localization. And acceptance of this fact may give some clue for bringing this conflict of intention out of its present form.

We see many countries in Europe, like Hungary and Poland for example, which suddenly choose to look for local cooperation in favor of their own interests in the view of a European unifying trend. Even an accusation of foreign interference is not suitable in this case. Or an issue of traditionalism like it seems to be in the case of the Vishegrad group. The notion of “Europe with different speeds” seems to be a bit inapplicable also, at least from my point of view.

The European strong democratic tradition will most probably prevent harsher methods of integration; the same seems to be relevant to Eurasia, although some of the old party elites seem to have underestimated the difficulties of the process. A quest for larger public representation and societal willingness to accept the trends is evident in both cases, but the question remains: how will the regional elites ignore the resistance of local societies to fast changes or accept their locality?

In my opinion, even the theory of Dialogue as we come to know and practice it presupposes that at the first stage of this long process sides explain their views and positions for the other sides and wait (!) for a response, not trying to speed up the process. And Dialogue is not a remedy in all cases, as we know. For example, the best American experts in different spheres of knowledge have been engaged in a well-funded, government-supported dialogue process with China for dozens of years, but evidently failed. Of course, some addicts of the global applicability of the dialogue theory would maintain that even by rejecting the argumentation of the other side you might be still engaged in dialogue. Some would even say that the war is a final stage of dialogue when other means to explain your own position are exhausted, but what might be reasonable to philosophical discourse may not be practically applicable.

So, my argument is that a locality should be more accepted in general European discourse and practices at the consent of local societies. And international experience in other fast integrating regions should be explored in greater detail than as happens now. And not only for the search for “best practices” to be globalized afterwards but for maintaining “local compliances” as the true vehicles of European vitality. 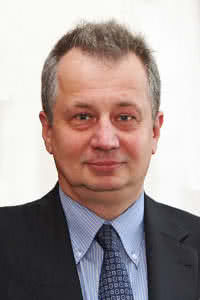