Many people are concerned about the state of Europe that is at a crossroads. The Europeans have to decide whether they want a strong Europe playing an important role in a fast changing world or to fall back to the outdated nationalism of the 19th century and being marginalized on our globe.

Indeed, there is a “polycrisis” as it was called by the President of the European Commission. There are still unsolved conflicts, violence and even wars in the East of the continent. The regime of sanctions and counter-sanctions did in no way contribute to solutions, on the contrary. Both sides are suffering from the sanctions regime. The economy of Europe is still fragile, suffering from of 2008, with no guarantee that the next crisis will be avoided. Budgetary problems in EU-member countries put pressure on the common currency, the Euro. The return of protectionism, not only in the USA,  and an adverse position of the US administration towards EU and free trade would need a common response of Europe that seems to be far away. The ecological crisis and climate change are going on. European achievements in fighting the climate change ae counteracted by big players such as the Trump-US and Bolsonaro-Brazil. Last but not least the UK is going to leave  the European Union under chaotic circumstances putting short sighted party interests above the interests of the country and its people.

Although many of the troubles are coming from outside it has to be said that weaknesses of the Union are to be blamed not to tackle these challenges. And in addition there are grave internal problems  The policies pursued by EU member states on the migration and refugee issue demonstrate a lack of solidarity within Europe and the inability of finding and implementing common solutions that must be overcome.

Some nationalistic governments show lack of respect for democracy and the common European values, in particular for the independence of the judiciary, the freedom of press and association and women’s rights.

The weakness of national and European politics to cope with these challenges has led to increased dissatisfaction among a growing part of the population and to the rise of populist parties and nationalist movements.  All these problems, coupled with a lack of a common vision on the part of the national states as regards the future of our continent, let unprecedented levels of ‘Euroscepticism’ emerge.

What is needed to contribute to a better future of Europe where a dignified life for all is possible, where legitimate national interests are in the same way respected as common values?

The answer is not less but more Europe, not less but more Union in all maters where joint actions make us stronger but at the same time more respect for subsidiarity. The principle of “Unity in Diversity” where the European countries keep their identity and tradition and cooperate for their common benefit must be respected.  Common foreign and security policy, free trade and its rules, financial and tax regulations for transnational transactions and global “digital” enterprises are challenges that need joint policies and joint actions.

The experience since the Treaty of Lisbon justifies considering the review of two novelties of the treaty. The introduction of the now official organ “European Council” put the Union too much into the heads of state and government of the member states and its tendency to unanimous decisions what means in reality the agreement on the lowest common denominator. In particular the legislation of the Union has to be a joint task of the Council of the European Union and the European Parliament. In the Council majority decisions should be the rule and unanimity the  very rare exception. Secondly it is worth considering the merger of the functions of the presidents of the Commission and of the European Council.

Europe also needs more Pan-European perspectives. The EU is a significant part of Europe and an important instrument of European integration but is not the whole of Europe.  Therefore, the Union and the Council of Europe should enter into more cooperation to include all European nations in the unique project of European peace. That includes the consideration of architecture for Europe including all European states (i.e. the member countries of the Council of Europe and Belarus) and an efficient control of the external borders of Europe. The Council of Europe that celebrates this year its 70th anniversary must be more used as a Pan-European political platform. Russia’s and Turkey’s membership with full rights and duties is indispensable. Looking at the East-Ukranian and Crimea crisis the membership of Russia and Ukraine to the Council should guide the parties to a solution. Using the Minsk agreement as a starting point a quadripartite platform should be formed  by the Council of Europe, the European Union, Russia and the Ukraine (may be only after the Ukrainian elections?).

The “Brexit” – if it will happen what is not certain at this moment – must not create new borders, in particular between British Northern Ireland and the Republic of Ireland. Nothing can be more important than maintaining peace.  In any way the door for a return of the UK should be kept open.

In the circumstances of the world today Europe needs also more self-assertion, towards new challenges such as the emergence of powers like China or a new kind of isolationism in the US. Again, the entire Europe is stronger than the European Union. Within the Council of Europe as well as bilaterally the Union should seek the utmost possible cooperation with the European states outside the EU. This cooperation is also needed when Europe has to deal with the New Silk Road, the Chines Belt & Road initiative. China is reaching out to Europe, e.g. with the 16+ format to Eastern and South Eastern Europe. Only the entire Europe will be able to deal with China on equal footing using also the advantages of the Chinese initiatives.

Having in mind all the problems, challenges and also advantages it is indispensable to revitalize the common heritage of the European peoples built on humanist, cultural and democratic ideals, cemented by history, in order to re-inforce the efforts for a better life in Europe and for the place of the entire Europe in the new concert of global and emerging powers, facing new demographic, ecological, economical and security challenges, founding its legitimacy on the promotion of democracy and human rights, harmonious economic development as well as on better and more development assistance for disadvantaged countries. 80 years after the outbreak of World War II  all European institutions as well as all European nations have to reiterate their dedication to peace, mutual understanding, economic cooperation and solidarity.

Mutual understanding, cooperation and solidarity for the common good and the wellbeing of all Europeans will prevail over still existing disagreements, tensions and conflicts.

The future of Europe has to be never again war, never again dictatorship, living together in peace and democracy! 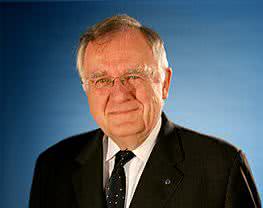