Today, many in the European Union are convinced that Russia is highly interested in the failure of the “European project.” In his latest interview with a Swedish TV channel, President of France Emmanuel Macron claimed that Vladimir Putin “dreamt of dismantling the European Union.” Without trying to articulate the secret dreams of the Russian leader, we would like to note that such suspicions concerning Russia’s preferences have some grounds. Russian politicians and diplomats, officials and analysts often say things that leave the impression that Moscow would prefer to deal with a European Union that is weak, unstable and torn apart by internal problems. Indeed, separatist movements inside the European Union, from Scotland to Catalonia, receive favourable coverage in the Russian media. Leaders of European nationalists and Eurosceptics are welcome in Moscow. The latest exacerbation of migrant problems or another terrorist attack in a European capital are presented as the beginning of the end for European civilization.

Let us try to compare the reasoning of those who support and those who are against a strong Europe and provide the reader with the opportunity to assess the strengths and weaknesses of each position.

Four Arguments against a Strong Europe

First, the numerous misfortunes and disasters that have befallen Brussels of late are another vivid confirmation of Moscow being on the right side of history. In other words, they confirm the ideas of the current political situation that presently dominate Russia’s political discourse. The European Union today is a clear illustration of the crisis of globalization and apparent helplessness of political liberalism, a stark example of the global rise of nationalism and proponents of traditional values. But it is not merely a picture and an example. The European Union’s misfortunes and disasters are a guarantee of the new world order not being made from Brussels’ sewing patterns. Therefore, Moscow does not need to try the European dinner jacket that has been tailored for somebody else and restricts is movements.

Second, against the background of Europe’s “Great Troubles,” Russia’s stability clearly looks better, even if it is encumbered with elements of stagnation that are becoming more and more prominent. Maybe for the first time in the last two decades, the situation in Russia looks more stable and predictable than it does in Europe. Depicting the horrors of daily life in Europe (migrants, terrorists, street clashes, same-sex marriages, all-powerful European bureaucrats, the crisis of the euro, the unclear future), Russian propaganda successfully deconstructs the previously exceptionally attractive “European myth” that has existed for a long time in the national public consciousness. The traditional rhetorical question of “Do you want Russia to be like Ukraine?” has found an extension in the rhetorical question of “Do you want Russia to be like Europe?”

Third, the practical experience of Russia’s European policy of the last 25 years contradicts the idea of a strong European Union. Moscow has always found it easier to negotiate with individual European partners, particularly with the leading representatives of the “old Europe” (Berlin, Paris, Rome, Madrid) than with Brussels as the lowest common denominator of individual EU members’ diverse interests. Moscow mostly perceives the “Brussels superstructure” on top of national states not as another opportunity, but as another encumbrance. To be fair, it should be said that Moscow’s key European partners contributed to the emergence of this notion. For a long time, they have unfailingly preferred to discuss promising areas in cooperation with Moscow (economy and energy in particular) at a bilateral level, while leaving the most difficult and unpleasant issues (such as human rights) for Brussels.

Fourth, Moscow supports “non-systemic” European opposition, various populists, nationalists and Eurosceptics because, unlike the bulk of European political establishment, they are ready to conduct a dialogue with Moscow without any preliminary conditions and requirements. Moreover, many European populists and nationalists proclaim principled dissent from the current EU policy on Russia, express their solidarity with, or at least understanding of, those actions of the Kremlin that the European Union condemns and declare their intent to push for the lifting of the EU’s anti-Russian sanctions. Why shouldn’t Moscow bet on those who are ready for a dialogue here and now, and not in some indefinite future?

Four Arguments for a Strong Europe

First, only a strong and consolidated European Union is capable of making a significant contribution to the shaping of a truly polycentric (multipolar) world, a very popular topic in Moscow. A weak and disjointed Europe incapable of reaching a consensus within its own borders will always remain an object for Washington to exert pressure on, manipulate in various ways and even flat-out blackmail. It is the EU’s weakness that stands in the way of Brussels successfully counteracting the new sanctions that the Trump administration is imposing on Iran, or unanimously condemning the decision to move the U.S. embassy in Israel from Tel Aviv to Jerusalem. Only a weak European Union will face the need to de facto join the unilateral anti-Russian sanctions imposed by the United States. A strong and successfully developing European Union is, in addition to everything else, a reliable and promising market for Russian goods, services and investments (it also means that, among other things, from the point of view of Russia’s economic interests, Brexit is far from being a godsend).

Second, even with Russia’s turn to the East, we should not forget that Europe remains Russia’s priority socioeconomic laboratory. In its social and demographic structure and its level of education and urbanization, Russia still remains closer to the EU countries than to any other region of the world. It is in the EU where most economic and social practices, the models of corporate and municipal governance, as well as technical standards and procedures are developed. They then are adapted by Russia to fit its own conditions. The development of institutes and mechanisms for the Eurasian Economic Union is also based primarily on the European Union’s rich and fruitful experience of institutionalization. Moscow, therefore, should be interested in the European laboratory expanding its work instead of winding it down. It should be interested in the developing of new practices, standards and models that can then be localized and reproduced in Russia.

Third, we should not lose sight of the fact that any international organization, including the European Union, is only as effective or as ineffective as its principal members want it to be. Therefore, placing Brussels in opposition to the capitals of the leading EU countries is quite unjustified. Remove the Brussels bureaucracy and it will be the bureaucrats in Berlin, Paris and Rome who have to deal with all the unpleasant aspects in Russia–Europe relations. It should be added that for Berlin, for instance, continued European integration is a top foreign policy priority. There is no simpler way of ruining relations with Germany than demonstrating the desire to undermine European unity or just raise the suspicions of the German people that such a desire does, indeed, exist.

Fourth, it should also be recognized that all those Eurosceptics, European right-wing populists and nationalists are highly unreliable partners. Some of them – Polish leader Jarosław Kaczyński, for example – combine a pointed dislike of Brussels with open hostility towards Moscow. Others, who position themselves as loyal friends to Moscow, in fact use their bold statements of friendship with Russia to bargain with Brussels on other issues that are of greater importance for them. Let us recall that in the four years that have passed since the European Union first imposed sanctions on Russia, not one European populist that has come to power has ever officially raised the question of lifting them. There are reasons to believe they will not do so in future either, at least for as long as there is no preliminary agreement achieved on the matter with Berlin, Brussels and the other EU political heavyweights.

The list of arguments of the opponents and proponents of a strong European Union can be easily continued. However, even without a more or less complete and systemic exposition of these arguments, the conclusion would suggest that it is still difficult to establish a constructive dialogue on this topic, which is important for Russia. One party emphasizes fundamental values, while the other talks about specific economic interests. One focuses on the geopolitical picture of the world, while the other is more focused on its social dimension. Some participants in the discussion operate with primarily positive and negative emotions generated by past experiences, while others attempt to distance themselves from these experiences as they think of the future. In any case, these difficulties are no reason to abandon discussions.

(reproduced by kind permission of the Author – source: http://russiancouncil.ru/ ) 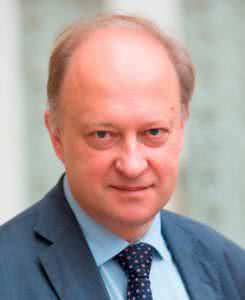