The dream of a united and presumably federal Europe goes back very far into history and found its first realization in the Carolingian Empire of Charlemagne whose ideological heritage was claimed by successive German Emperors and French Monarchs at various times. Coudenhove Kalergi’s and Rougemont’s Pan-Europe was also inspired by the Habsburg-sponsored tradition of a multi-national continental polity. Robert Schuman’s vision of the European Community, although founded as a steel and coal common market, was rooted in Roman Catholicism and the legacy of Charlemagne while Jean Monnet’s concept was more technocratic and predicated on a synergy with the Atlanticist construction that brought together western Europe and North America.

Monnet’s plan prevailed and gradually led to the contemporary Union, centered on the Eurozone, managed by a centralized trans-national bureaucracy and claiming common secular democratic liberal ‘values’. In practice it rests on leadership jointly exercised by the two largest founding states, Germany and France, usually seconded by the other initial members: Italy and the Benelux States.

The reunification of Germany ensured its predominance which created some concerns in France, that had hitherto enjoyed political precedence and in other states that found their influence weakening as a result. Britain which advocated a different architecture for Europe as a vast free market with flexible multi-tiered internal relations that could encompass states outside historical and ‘cultural’ Europe such as Turkey, Ukraine and Central Asian ex-soviet republics, remained an outlier by securing multiple exemptions to the common rules until it elected by referendum to leave the Union. Southern and Eastern European states: Portugal, Spain, Greece, Romania and Bulgaria whose per-capita incomes are lower and economies less industrially developed have benefited from large capital infusions and loans from the Union but remain financially and socially fragile. Italy has also weakened in the last twenty years because of its generally poorly managed banking system and massive debt. It runs the risk of defaulting on its financial obligations and its current government is outspokenly euro-skeptical and open to the possibility of going back to its national currency. Other member-states such as Poland, the Czech and Slovak Republics, Hungary and Austria are also dissatisfied with many aspects of the EU as it exists today while some of the older members, including Belgium, Denmark, Sweden and the Netherlands are concerned about loss of control over their borders and massive immigration which causes major social order and economic problems and has catalysed the rise of neo-nationalist “right wing’ parties.

In this troubled context, an in-depth review of the European institutions is in order. The definition proposed by De Gaulle of a ‘Europe of Nation-States’ (or Motherlands) implied the rejection of a federal system that would inevitably subordinate weaker countries to the stronger ones even though each of them expected to retain its autonomy in terms of domestic fiscal and industrial policies and foreign diplomacy. European states to this day do not have a common ministry of finance nor a homogenous tax system and the living standards, cost of living and salary scales are as different as the climatic, geographic, historic, linguistic and cultural features specific to each one of them. A comparison may be drawn between the EU and one of its more successful and stable analogues the ASEAN which has avoided  many of the acute strains that are threatening the survival of the European Union by striking a balance between common interests and the preservation of national sovereignties. A looser fabric could solve the apparently intractable BREXIT issue by allowing the United Kingdom to remain part of it and it could also make the situation much easier for Italy, Greece and other less affluent member-states while allaying the growing French discomfort with Germany’s role as a quasi-hegemon which can generally impose its own philosophy with regard to economic management and industrial practices, even though France’s influence is also resented by some of the other states.

Given the great difficulties and possibly disastrous consequences of a Euro-zone breakup, a preventive policy might be adopted to gradually grant more autonomy to nation-states by allowing them to use secondary (probably hard-asset backed) currencies inside their borders to stimulate buying power and consumption and correct the ill effects of fiscal austerity.

Greater emphasis should be placed on the spiritual and cultural common patrimony and legacy of European civilization in order to give the Union a more solid ideological base, rather than solely economic policies and abstract ‘values’. One might even envisage the constitution of a ceremonial leadership assembly composed by heads of European royal houses, top religious and intellectual dignitaries who would collectively provide a more attractive and sentimentally attaching personality and image to Europe as a political and cultural entity. 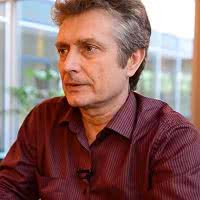