It is not often that a young scholar of international relations takes the plunge to offer original insi­ghts, based on extensive research, on the evolution of India’s foreign policy, with particular reference to the Cold War period. In Power and Diplomacy, Zorawar Dau­lat Singh has not hesitated to question the ana­lysis and assessments of prominent Indian and foreign scholars and has come up with some persuasive interpretations. He deserves commendation, even tho­ugh his conclusions may be contested. Zorawar’s main thesis is that during the first 30 years after Independence, Indian foreign policy was influenced not merely by material factors, such as economic and military capabilities and regional and international environment, but also the choices made at the ‘apex’, consisting of the prime minister and his/her small band of advisers.

The perceptions and attitudes of the leader, in this case Jawaharlal Nehru and Indira Gandhi, played an important role in determining choices made among a set of alternatives. Zorawar offers case studies of key junctures where differing world views of key actors, led to choices which the leaders handled differently. Nehru, he argues, saw India’s role as a peacemaker, upholding India’s security and its place in the world, by playing a role of moderating Cold War tensions and avoiding Asia bec­oming an area of East-West contention and possibly armed conflict. While he was not averse to taking advantage of East-West contention to advance India’s interests, he stopped short of moving closer to the Soviet Union as he might have, once it was apparent that the US had decided to arm Pakistan to balance India. To him that would have meant India too becoming a participant in the Cold War. However, faced with the 1971 Bangladesh crisis, Indira Gandhi had no hesitation in aligning much more closely with Moscow to take advantage of the strategic opportunity the crisis offered India. Similarly, her unsentimental incorporation of Sikkim into the Indian Union is contrasted with Nehru’s overall approach of conceding political space to the Himalayan states. She was a “security seeker”, with a narrower focus on India’s subcontinental interests and willing to exploit the balance of power. As Zorawar writes: “The central argument of this book is that this change in Indian statecraft resulted from a change in regional role conceptions from the Nehru to Indira Gandhi periods. Role conceptions emerge from policymakers’ beliefs and images relating to their state’s interaction with its external environment.”

Nehru and Indira followed different approaches in handling foreign policy challenges. But there are instances of Nehru’s ‘realpolitik’ predilections, such as the incorporation of Goa into the Union in 1961 through armed action. The restoration of King Tribhuvan to political leadership in Nepal in 1950 and the terms of the Indo-Nepal Treaty do not reflect a non-intrusive stand towards the Himalayan state. Nor did Indira abandon India’s international activism entirely, being a visible presence in international fora like the World Environment Confer­ence in 1972. She played a role in energising the Non-Aligned Movement, culmi­­na­­ting in the convening of the NAM summit in New Delhi in 1983. This is not to refute the main thesis put forward by Zorawar but to argue that his sharp delineations should not obscure the fact that we are dealing with leaders with complex personalities. Their foreign policy actions were also influenced by difficult challenges of nation-building. The impact of these domestic compulsions may not be very clear from the archives but they are a major influence.

The concluding chapter is recommended for its clarity of thinking and for the balanced appraisal it provides on the evolution of Indian foreign policy during the Cold War and beyond. The wholesale trashing of non-alignment as an appropriate foreign policy during a formative stage of the Indian state, its  characterisation as a policy of moralism and idealism,  as Zorawar argues, “simplifies and obs­cures Nehru’s peacemaker role and its complex regional images” and misses the important shifts brought about by Indira. Part of the problem lies in conflating policy substance with its rhetorical packaging. I believe there are important continuities in India’s foreign policy and these are anchored in India’s geographical location, its historical and cultural sensibilities, its determination, since independence, to never again have the destiny of its people determined in foreign capitals and to see a role for itself in the world. This underlying reality is the template on which successive leaders have played their part, each with his/her own belief set and temperament. Power and diplomacy is an absorbing exploration of the drivers in India’s foreign policy and contains pointers to where we may be headed in a changing world.

(The above review was first published in the January 2019 issue of Outlook).

Power and Diplomacy is available on Amazon here. You can read more about the author at his website here. 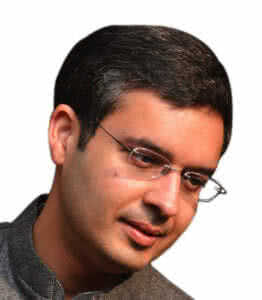 Zorawar Daulet Singh is an author and foreign affairs analyst. He is a Fellow at the Centre for Policy Research (CPR). He is also an Adjunct Fellow with the Institute of Chinese Studies and a Visiting Fellow at the Forum for Strategic Initiative. Zorawar’s research interests include India’s foreign policy, various dimensions of India China relations, Eurasian geopolitics, and, international political economy. His recent book includes India China Relations: The Border Issue and Beyond and Chasing the Dragon: Will India Catch up with China? Zorawar’s latest book, Power and Diplomacy: India’s Foreign Policies during the Cold War, has been published by Oxford University Press in 2019.

Shyam Saran, senior fellow at CPR, is a former foreign secretary and has served as the Prime Minister’s Special Envoy for Nuclear Affairs and Climate Change, chairman of the National Security Advisory Board, and chairman of the Research and Information System for Developing Countries. He is currently a member of the governing board of CPR, Life Trustee of the India International Centre, a trustee of the World Wildlife Fund (India), a member of the National Executive of FICCI, and an independent director at the Press Trust of India.

In January 2011 Shyam Saran was awarded the Padma Bhushan, India’s third highest civilian honour, for his contributions to civil service. He writes and speaks regularly on foreign policy, climate change, energy security, and national and international security related issues. He is  author of How India Sees The World: From Kautilya to Modi: Kautilya to the 21st Century.