Countries are secure and prosperous, or fail to reach such advantage, for a variety of reasons. In the case of the United States, a primary cause for its past, current, and perhaps future success in these respects, the author believes, comes from its place amidst water, that resource amply located within the country, and also, within two extensive oceans beyond either coast. Steady rainfall produces abundant food; dependable river systems offer ready transport. Oceans keep North America distant and safe from Eurasia, Earth’s largest and most threatening land-expanse to America, leaving the United States in a separate and rich hemisphere with no dangers from neighboring states and able to involve its marine afar in Eurasian balances. These themes pertinent to water will be extended in the pages that follow.

With the United States as this essay’s main focus, and with the country’s status as the current leader-state or hegemon, thanks in part to its possession of and location betwixt a relative abundance of domestic and global waters, the author will examine certain water-related topics that fit a classical geopolitics relevance, and in some cases, a neo-realist interpretation as well, giving this US-oriented theme a first attention at the local and then at the national and later at the strategic levels. This assortment of all three dimensions expands the recent interest toward a “geopolitics of water” (among the many sources, see Friedman and Federkasten 2017; Janson 2014) that has adhered rather narrowly to a description of the growing possibility of human/state conflicts over water scarcity. But not so limited to inter-state strife over rivers and aquifers, the present essay will provide a more extensive examination of a variety of these and other aspects by including the global perspective in addition to the national. But to repeat this paper’s thesis, the favorable locations of water for North America have made possible to some large extent the wealth and the strategic reach of the United States, marking its current global hegemony so pronounced that its present status of hegemon could well continue into the decades ahead. 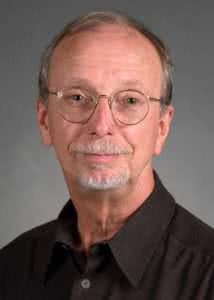