The Ukrainian Crisis and Stability in Europe

The massive concentration of Russian forces in the Voronetz area about 230 kilometers away from the Ukrainian border alarmed Western observers who saw it as preparing an invasion  of the whole of Ukraine.

However, those Russian military measures could have been adopted with a different reason, linked to the fact that the Ukrainian army, which faces the irregular forces of the pro-Russian separatists of Donetsk and Lugamsk, thanks to the substantial supplies of armaments received from the West has been enormously strengthened compared to the conditions it was in at the time of the conclusion of the Minsk agreements, of 2015. An agreement that, in addition to a program of normalization measures never implemented, had sanctioned a ceasefire in the conflict between the forces of the Kiev government and the separatist militias of Donetsk and Lugansk.

The continuous influx of Western armaments to the Ukrainian army was thus creating an imbalance on the Donbass front that made it possible the success of an eventual push of the regular government units that could have overwhelmed the resistance of the separatist forces, consisting mainly of irregular units. The large concentration of Russian forces near the Donbass front therefore had objectively a deterrent function against the temptation to launch a government offensive against the separatists.

If the intent of Russia was fundamentally this, the Western alarm has allowed her to achieve a much wider result by obtaining the listening and taking into consideration by the United States and Europeans, France and Germany in the lead, of its concerns about the subsequent alterations to its detriment of the strategic equation in Europe due to the progressive enlargement of NATO and the consequent approaching its borders of declaredly defensive but essentially dual use weapon systems.

Moscow’s previous attempts to initiate a discussion with Westerners on the problems of European security, considered globally and therefore also extended to Russia, had always failed. In 2008, the West also opposed a fin de non recevoir to the demanding proposal put forward by the then President Medvedev to negotiate a new European security order by convening a special conference.

This time, the West, with the Americans in the lead, while reiterating its refusal to the Russian request to exclude any possibility of further enlargement of the Atlantic alliance to Ukraine, said it was ready to negotiate on the security concerns raised by Moscow. In particular, the French president, who hastened to Moscow, spoke of the opportunity to start reflection on a new architecture of European security, brushing up on a project and terminology that had been talked about a lot in the aftermath of the end of the Cold War.

With respect to the warnings of the Americans who continued to believe that an invasion of Ukraine by the Russian side was certain and imminent, French President Macron and the new German Chancellor Scholtz insisted and continue to insist on starting the implementation of the Minsk agreements. They met in Barlino, after the respective talks in Moscow with Putin, involving the Polish President Duda in their talks and therefore also in their conclusions.

The Ukrainian crisis has therefore reopened the question of the architecture of European security, of that European order of which we have already written that in order to be solid and stable must be accepted and recognized by all the actors involved in the European theater. Russia is undoubtedly one of the main players and its “unease” at the repeated alteration to its disadvantage of the strategic equation on the continent certainly does not help the solidity and stability of the existing order.

To the old criterion of the balance of power so dear to the diplomacy of the eighteenth and nineteenth centuries, one should add that of the balance of interests, because the existence of an interest perceived as seriously sacrificed by one of the actors of the European theater will always be a fact that will undermine the stability and solidity of the existing order on the continent. 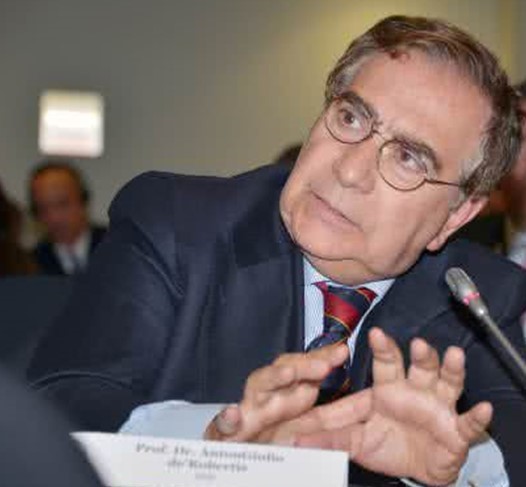