Those who cherish Swiss neutrality can kiss it goodbye.

Sadly the dismantling of our centuries-old foundation has begun. Just look at the ways our country has positioned itself regardingthe war in Ukraine.
Soon after the start of hostilities president Ignazio Cassis publically remarked to Ukrainian president Volodymyr Zelensky:

“We are impressed by the courage with which your people are
fighting for freedom and peace,” and,

His sentiments reflect the widely held view that Russia’s invasion of Ukraine has been deadly, destructive, and disruptive — and was unnecessary. Ukrainian flags have been flown throughout our country in solidarity. Pro-Ukraine demonstrations have been organized. According to Swissinfo.ch, an estimated 40,000 participated in Zurich; in Bern it was up to 20,000 people. The emotionally evocative dimension of the war can not be denied.

Beyond that, though, the president’s remarks harbor biases. They can be best seen if we insert into his remarks a Russian bias.

Here is are hypothetical remarks president Cassis might have made to president Vladimir Putin:

“We are impressed by the courage with which your people are fighting for security guarantees in the face of hostile NATO advancement to your borders,” and,

“We are impressed by the way you defend against the spread of neo-Nazism in modern Europe, a cause consistent with our fundamental values.”

That clearly reflects the Russian side. Each viewpoint has its own set of assumptions. A neutral stance would be to favor neither. But that is not the course Switzerland has chosen. Our government has been acting in a way that suggests partisanship, not neutrality.

Another example is the “Ukraine Recovery Conference” convened by presidents Cassis and Zelensky. It was held in Lugano during July. Organizers report it was “attended by over 1000 people, including 5 heads of state and government, 23 ministers and 16 deputy ministers.”

Unquestionably, Ukraine will require recovery help at some point. But there is an implicit bias here that is easily overlooked. It is that there must be a winner and loser in the war, and that Russia is the presumed loser. That rules out the possibility of a mutually acceptable conclusion. Instead it calls for the dominance of one side over the other.

The president should take stock of the seriousness of the situation. This is not anything like a regional conflict in the Balkans. It is not like the Baltic leaders’ fight to rid their countries of remnants of the Soviet period. We are talking about a conflict that frankly pits Russia against the United States. They alone are preeminent nuclear superpowers with the capability for inflicting widespread harm to the planet. The absence of achieving a truly peaceful settlement over Ukraine realistically could lead to the start of World War III — and given president Cassis’ bias, Switzerland would likely be a combatant. Is that where we want to be?

When the president lauded Ukraine for its fight for peace, he was not being honest. Circumstances speak louder that he was talking about dominance and not a peaceful resolution.

Advocating for dominance is not a neutral position. It is a dangerous one. Our president’s actions are not befitting of the Swiss heritage. He should be protecting it, not destroying it.

A constructive posture for Switzerland would be to invoke our dedication to neutrality and to seek peace that is truly peaceful. That would be the Swiss way of doing things.

But instead, under Cassis’ stewardship we are seeing on our streets increasing numbers of luxury cars bearing Ukraine registration plates: BMWs, Mercedes, Bentleys. One wonders how many of their owners are now receiving status S benefits from us.

A Switzerland true to its roots, with a return to honest neutrality, could play a lynchpin role in bringing the Ukraine war to a peaceful conclusion.

Intensifying war is not the answer for ending the war. Simply pouring more weaponry into Ukraine is not the solution. Indeed, it is an escalatory action.

A truly peaceful solution must be found through diplomacy, not by promoting more death and destruction.

France and Germany jointly made a failed attempt at a diplomatic advance. It is generally referred to as the Minsk Accords. They initially had the appearance of success. Back when armed conflict was still limited to the Donbass region, Russia and Ukraine were brought to agreement on a ceasefire and for the integration of the Donbass republics into Ukraine in a mutually satisfactory way. Both signatories, however, subsequently accused each other of
refusing to implement the agreement. In the end France and Germany
accomplished nothing toward promoting compliance.

In retrospect that should be no surprise. They are both NATO members and are actively engaged in supporting hostilities. If that is in their interests, they either must be receiving some benefit or their actions would be absolute madness.

Putting any NATO member in charge of resolving the Ukraine war is tantamount to the assigning the proverbial fox to guard the henhouse or a bank robber to guard a bank.

It is a job for a truly neutral country, one such as defined in the Swiss constitution. That country has a unique opportunity to play a pivotal role in ending the war. But with our country’s new direction it is a lost opportunity. With stakes so high in Ukraine, this represents a moral crime of the highest order.

It is imperative that president Cassis take note and change his direction. Here is my prescription for Swiss change:

2. Withdraw support of war inspired sanctions. Cassis has chosen to support the EU issued sanctions, but not those of Russia. Neutrality demands honoring the sanctions of neither side.

3. Recoil from any Swiss role that might involve facilitating the provision of weapons for use in the war.

5. Host the renegotiation of the basic precepts of the Minsk Accords, but this time with Russia and the United States as principals. That would mean achieving a cease fire and finding a mutually acceptable way of somehow incorporating the Donbass republics into Ukraine.

6. Work toward addressing Russia’s publically proclaimed security concerns vis-à-vis Ukraine, including the exclusion from Ukrainian leadership individuals who identify themselves, either by words or actions, with neo-Nazi ideology.

7. Seek agreement from Russia for the conduct of a Swiss-monitored referendum to affirm the current status of Crimea .

The hour for Swiss action has struck. It is an opportunity not to be missed in order to create lasting peace. Switzerland can be an island for peace once again in its rich history of mediation between warring states.

For this to happen, Switzerland must resume the role of neutrality. Only that will enable us to play out our country’s unique strength on the stage of international diplomacy.

I feel a special passion for this arising from a historical family connection. My great granduncle, Rudolf Minger, served as Swiss Federal President in the last century. He was a strong protector of our nation’s independence and neutrality.

Now it is high noon and any delay in acting will increase the risk of further escalation. We are amidst an already tense conflict beyond which the world has never seen.

Peace must prevail over war. There are no two ways about it. Swiss neutrality is the key for success. I dearly hope that President Cassis will grasp that. 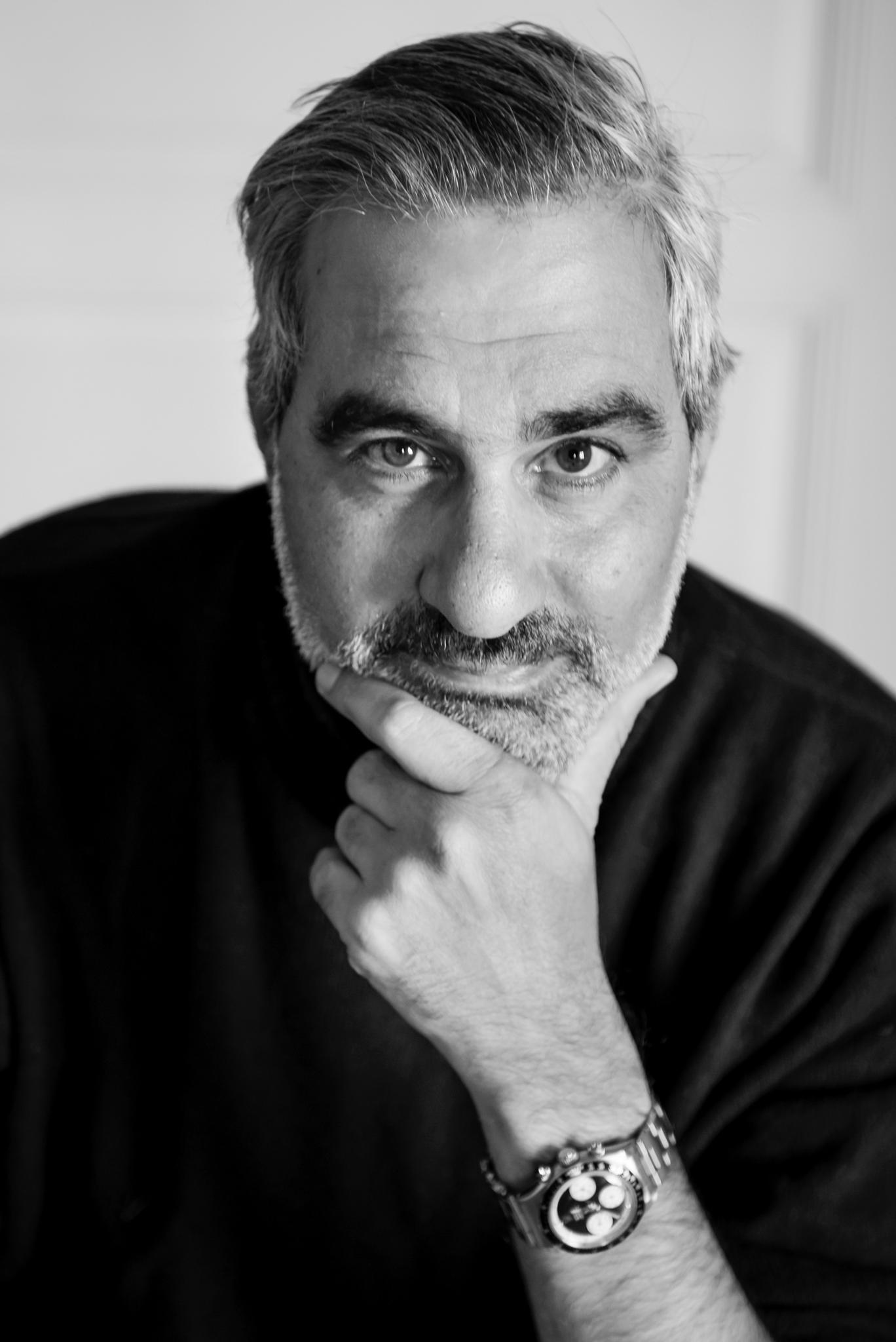 Pascal Najadi is a former investment banker from Switzerland. He worked for the Dresdner Bank Group as head of Emerging Markets in London advising top governments from Russia, Central Europe, Central Asia, Africa and the Middle East during 1991 until 2002. Since then he was a strategic advisor to many governments and is residing today in Switzerland in early retirement.