On 20 January 2022, Vision and Global participated to the experts’ Round Table “Threats and risks for Central Asia in the context of Kazakhstan’s January 2022 events”. The event was organized by the Center for Eurasian Studies (CES) at St Petersburg University in partnership with the Information and Analytical Centre of Moscow State University (IA-Centr.ru). The debates, animated by a number of analysts from Russia and Central Asia, are available (in Russian) online at: https://ia-centr.ru/experts/aleksandr-knyazev/ekspertnyy-analiz-kazakhstanskiy-stsenariy-dlya-stran-tsentralnoy-azii/
Despite official Kazakhstani statements stressing the involvement of foreign insurgents, the participating experts understand that the observed turmoil was first of all the result of a failed power transition between the first President Nazarbayev and the incumbent Tokayev.
To this, V&G analyst Vielmini added that “we should not forget that the underlying cause of the events was the unfair economic model that the country followed for 30 years and which led to extreme inequality in society.”

The moderator, CES leading Central Asian expert Professor Alexander Knyazev, maintained that similar transit risks are actual for all the countries of Central Asia, which, with the possible exception of Uzbekistan, are fragmented and deprived of consolidated national elite. “In such a state of fragmentation, cataclysms like that which occurred in Kazakhstan can manifest itself anywhere,”
According to Uzbek expert Bakhtyer Ergashev, the crisis in Kazakhstan can be the harbinger of more shocks to come. “Turkmenistan and Tajikistan are next in line since power transfer should take place there as awell and soon. The incumbent presidents would like to handle over the power to their sons.”
Much more worrying, Viktor Mikhailov, the director of Center for the Study of Regional Threats in Tashkent, considers that the events further fed the level of radicalization across the Central Asian region. “Uzbek social media were filled with radical Salafi appeals. This rise of radicalism is the most serious problem that awaits all of us in the near future.”

The experts maintained that the main geopolitical outcome of the crisis was the stramlining of the security situation in the region by way of confirmation of Russian leading role and the activisation of the operational mechanisms of the Collective Security Treaty Organization (CSTO).
But, despite the successful intervention of the CSTO, in the Kazakh anarchy we saw at play the same dominant issue informing the conflict in Ukraine. “Russia cannot claim to rule the region, create a common path for all, if it cannot offer a solution to the problems of development and well-being of the former Soviet citizens”. “For this Moscow should be at the front of questioning the model of financial capitalism of globalization and create mechanisms so that investments in the real economy, transport and infrastructure will not come only from China” stated Vielmini for V&G 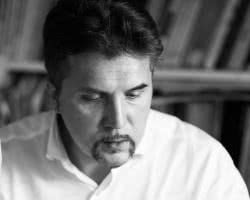