The election of Bolsonaro marks the return of mostly white European conservative Brazil after a 13-year-long socialist interlude under the PT (workers’ party) government, which gave unprecedented opportunities and hope to the black, mestizo and poorer white populations. 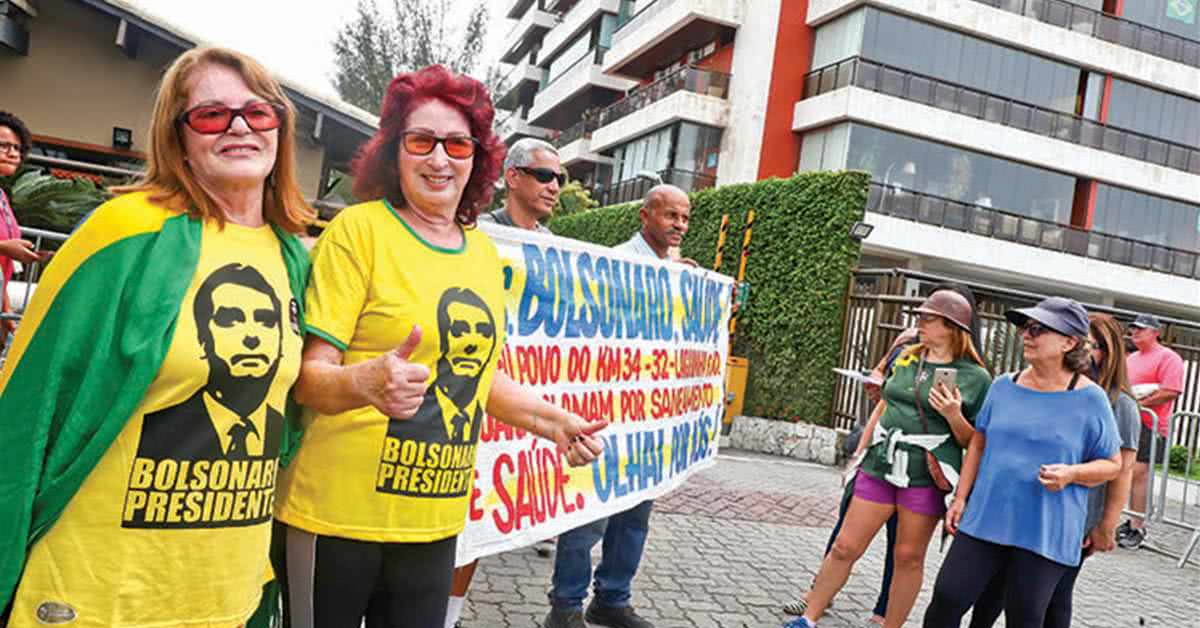 The second given name of the President elect of Brazil is Messias: Messiah and he gives the impression of believing in his claims of being a saviour for his country. His ascent to power has revealed a commonly ignored aspect of Brazil’s complex national identity and turbulent history.

Beneath the well known images of samba, football, the beach-life, ethnic “mixity” and carnival there is a hard-line, devout and militaristic Brazil, which cultivates a mystical vision of continental and global power in its future. That ideal has long been nurtured amidst the defence and security forces in the geopolitical school founded by General Mario Travassos in the 1930s and also in certain conservative Christian communities such as the TDP (Tradition, Family, Property) established by Professor Plinio Correa de Oliveira in 1950.

During my various stays in the country in the middle and late 1990s, I spoke sometimes with local friends about such groups which sounded so much at odds with the permissive, easygoing and “pagan” culture of most Brazilians. Yet I was made to realise the enduring power of reactionary European ideas which many members of the elite saw as their insurance against the dissolution of their “white”, mainly Latin identity into the Afro-Asian salad bowl that the nation had become. In the luxurious penthouses of Sao Paulo, in the mansions of Rio’s Leblon district, in the Swiss style chalets and Italianate villas of Petropolis, the erstwhile royal summer resort, in the county-sized fazendas and on the private islands of Angra dos Reis, high society kept many of the codes and uses of the colonial aristocracy and of the old world financial oligarchy.

Prince “Joazinho” of Orleans-Braganza, one of the descendants of the last Emperor of Brazil told me about his relatives, still pretenders to the throne who supported and followed the precepts of TDP and embraced its strict religious requirements. He belonged to the liberal wing of the royal house and honoured the spirit of Dom Pedro II, the debonair monarch who had introduced democratic reforms and abolished slavery before being deposed in a coup in 1889. One of the causes of his overthrow was the discontent of the landed, slave-owning classes which controlled the economy of that mostly agricultural nation.

In the following years the republican ruling elite that had taken over espoused a mixture of social conservatism and French-inspired economic positivism, reflected in the adoption of the national motto “Ordem e Progresso” (Order and Progress). The ideological proximity to the United States, the Iberic penchant for strongmen in uniform and the fear of the rising communist forces led to the 1964 coup. Army rule lasted until 1985 with American support. Those years saw rapid infrastructural and industrial development through state led nationalist capitalism in a climate of harsh political repression and chronic inflation.

Eventually democracy came back peacefully in a centre-right format but the national security complex did not give up all power and the deep state remained in the hands of conservative elements representing the various Christian churches, the big farming and cattle owning class and the industrial and banking oligarchy of the country’s southwest. Those privileged minorities work together to maintain their hegemony over the African and mixed blood population that makes up the majority, especially in the poorer and more rural northwestern states.

The election of Bolsonaro, an alumnus at the Agulhas Negras military academy, the hothouse of Travassos’ and Golbery’s pan-continental hegemonic theories, marks the return of mostly white European conservative Brazil after a 13-year-long socialist interlude under the PT (workers’ party) government, which gave unprecedented opportunities and hope to the black, mestizo and poorer white populations.

The charisma, savvy and other human qualities of Lula de Silva brought him victory against all odds, but his successor Dilma Rousseff was conspicuously lacking those essential gifts and her past as a guerrilla fighter drew the hatred of the supporters of military rule and the disdain of free-market liberals. She haplessly brought about the collapse of the left-led coalition and the massive corruption scandal unveiled by the opposition with the connivance of US intelligence paved the way for the return of the old guard.

Bolsonaro looks a bit like a ghost from the 1980s (when he built his political identity) and is seen by many as the man who will tackle the rampant lawlessness and criminality manu (by the hand of) military, restore the country’s former status as a committed member of the Atlantic anti-Communist alliance in the spirit of the 1947 US-sponsored Rio Pact and revive the practice of vast state-led employment generating projects: development of the hinterland, superhighways, mega-dams, new cities like Brasilia and the like. However, times have changed and the pressure from globalised capital is weighing on him and his team to privatise and sell out major resources and industrial crown jewels to multi-national investors. His appointee for the Finance Ministry is Harvard trained economist Paulo Guedes and some other advisers are also neoliberal “Chicago boys”. Bolsonaro will probably disappoint his non-liberal supporters and he is likely to seek shelter with God by emphasising his Christian credentials and catering to his more fundamentalist constituency. He owes his popular victory in part to the advice of Steve Bannon, the architect of the Catholic American Alt Right reaction and to the almost 30% of Brazilians who belong to one of the evangelical “born again” churches. Most of the latter have their headquarters in the United States, which helps explain why the former army captain and paratrooper displays enthusiastic sympathy for the North American superpower (not a popular attitude in Brazil) and for Israel whose powerful domestic business lobby has supported him financially. He has sometimes made it sound as if people of African descent are Brazil’s own Palestinians and he professes admiration for Israel’s ruthless handling of its Arab population. Temperamentally, Bolsonaro has little interest in or respect for international “third world” coalitions that challenge the western powers, such as MERCOSUR and IBSA. His instinct is to return to the relative isolationism of the military junta and he has raised justified concerns about China’s growing influence on the country’s economy, but a large part of the agro-industrial and mining sector depends heavily on Beijing’s purchases and investments. The new president will alienate that powerful constituency and various others if he spoils relations with the PRC, whether or not he turns his back on BRICS.

The mass conversion of Brazilian middle and lower classes to Baptist and neo-evangelical Protestantism resulted from a systematic campaign sponsored by certain major American foundations from the 1960s on and one goal was presumably to increase US cultural and political influence on the South American giant.

As a result, the baroque and nativist brand of Catholicism traditionally practised in Brazil, in combination with a variety of local and African “pagan” cults, has ceded a lot of ground to fundamentalist Biblical creeds, which function like political parties and militant evangelisation machines. One effect is that the once prevalent Catholic view of the state as a caretaker and welfare provider is replaced for the new converts by belief in private enterprise and individual self-help, along with greater resignation to their fate.

An important conclusion to be drawn from Bolsonaro’s massive win is that the excesses and weaknesses of the Left, combined with its general inability to govern well, sooner or later bring about a popular reaction likely to be excessive as well.

Many citizens of Brazil in all social classes and regions say that they voted against a corrupt and inefficient parliamentary system and a languishing economy, but also to protest the PT’s inability to bring down the alarming crime levels and its constant promotion of homosexuality and the transgender ideology, which, they felt gave their country a bad name and increased social disintegration and moral decay. They were willing to overlook or condone the brutal and often outrageous statements of their candidate, who claims to stand for traditional morality and family values. His supporters also saw the socialist government as beholden to the most backward and welfare dependent sections of society that had brought the nation down in most respects. Those may be short-sighted and superficial judgements, but a government must take them into account and we are periodically reminded that democracy is not based on rational and wise counsel, but rather on mass impressions, emotions and aspirations. Populism is the turbulent sea on which all states are afloat and however stable constitutions may appear they cannot lastingly prevent political storms from tossing and pulling the ships of state in unpredictable directions.