The book “International Relations: a Critical Theory from the South American periphery” [Relaciones Internacionales: una teoría crítica desde la periferia sudamericana”, Marcelo Gullo. Editorial Biblos, 2018] contains and organizes Marcelo Gullo’s proposal for a critical theory of international relations as a discipline based on a new paradigm: an insubordinate theory that refuses to understand the world from the perspective of the hegemonic power centers. Gullo proposes the need to re-formulate from Latin America and South America a new theoretical framework for the discipline of International Relations that reflects the history and realities of the countries of the region.

This feature of the discipline will be seen even more evident in its “second birth” during and after World War II where the United States became a “Mecca” for those who wanted to learn international relations. This second birth of the discipline will imply the primacy of a language, the theories, authors, analytical categories, and approaches from the USA. Such is and has been the general predominance of the US in the discipline of International Relations, that in his work “Janus and Minerva” Stanley Hoffman calls it the “American (North) science“.

Thus after having formed intellectually in the US, many foreigners will carry with them the particular North American view of interpreting international relations.

With the “importation” of the discipline also its theoretical corpus problems: analysis often lacking historical contextualization and weak in the interpretation of the problem of asymmetry in the relations of forces, since they are only interpreted only from the perspective of the dominant. Adopting this perspective to analyze the global system would involve certain issues for which they were formed in this context: it was not of interest to study the relations and structural differences between strong and weak countries, dominant and subordinate, central and peripheral.

From a realistic view of the international system: power is the measure of all things, and it is power that grants the hierarchy in it, the unchanging nature of international relations from its origins has been the request for power, richness and prestige of the main geopolitical units and the dilemmas of the other minor political units that must choose between submission or resistance.

Gullo observes and points out the conditions, historical processes and successful efforts of a number of countries to reverse their inferiority position and increase their autonomy and power, processes that he considers have not been approached critically and sincerely by the centers of theoretical elaboration by being immersed in the plot of interests of the powerful actors.

He encompasses these processes under the concept of “Founding Insubordination” and elaborates a theoretical corpus based on it.

A Founding Insubordination is in the words of the author:

This Process aims to achieve the “Power threshold”: the minimum margin of power necessary to avoid falling into a state of subordination. For peripheral states, the fundamental strategic objective cannot be anything more than reaching the power threshold. The author then identifies this margin at the present time within the conformation of industrial- technological continental spaces.

The weaker political units are related to those stronger in four ways, graduations that are understood between the subordination and autonomy, which are the quotient between the internal political will for an autonomous project and the relationship of internal and external forces:

The international stage and its new actors

It’s also remarkable the argument that supports the search for a new understanding by the academy of the international stage and its actors taking into account the new transnational forces, called by the author UPSATs –unidades politicas sin asiento territorial- (Political Units Without Territorial Seat) understood as any collective (concentrated international finance, transnational corporations, NGOs, criminal groups) that without having the effective state domination of a territory, obtains the capacity to influence the States, the UPCATs –unidades politicas con asiento territorial– (Political Units with territorial seat).

Three dimensions of the international stage

Gullo highlights the game of mutual and interdependent influences of the three main dimensions of international relations: culture, economy and politics (power). Culture being the dimension that changes the least in the short term, but the most relevant in relation to others, being able to shape the way we perceive ourselves, organize our knowledge and draw up the praxis.

Gullo´s approaches are interesting in this historical moment that we live in, an era marked by globalization where we find the emergence and the possibility of the rise of new actors and regions with their own visions, multiple cultures and interests, the emergence of a Multipolar Order, a Multicultural World, with civilizations and cultures with a non-Western origin. The book is an interesting contribution for any country or region that seeks an approach to the world other than the usual Euro-Atlantist visions that pursue their own interests and suffer their own bias.

For Latin Americans, as well as for many other peoples in the world in search of their own voice in the concert of nations, perhaps from now on this kind of academic work, with these situated perspectives could be more valuable and appropriate as lenses to interpret and interact on the international stage.

“To think from the periphery, to get an exit of it”

“To see the universality from our own situationality”

Those are the main proposals and mottos of Marcelo Gullo’s latest work. 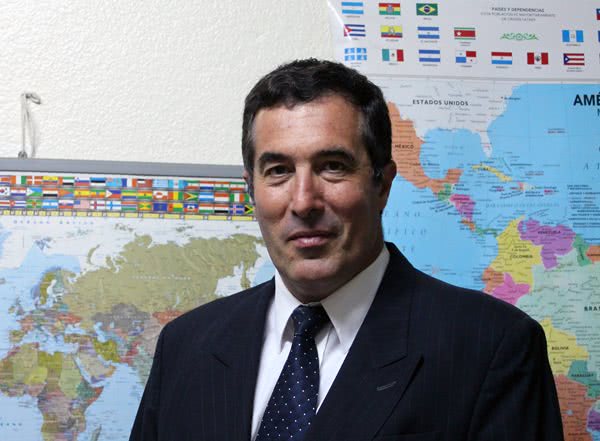 Marcelo Gullo. Doctor in Political Science from the Universidad del Salvador. Master in International Relations from the Institut Universitaire de Hautes Études Internationales, from the University of Geneva. Graduated in International Studies from the Diplomatic School of Madrid. Degree in Political Science from the National University of Rosario. Disciple of the Brazilian political scientist Helio Jaguaribe and the Uruguayan sociologist and theologian Alberto Methol Ferré. International Relations Advisor of the Latin American Federation of Education and Culture Workers (FLATEC). Professor of the National University of Lanús and the High School of War in the Master in Strategy and Geopolitics. Founding member of the Manuel Dorrego National and Ibero-American Historical Review Institute. 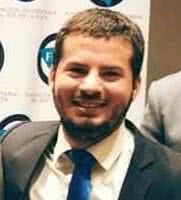