Ti trovi qui: Home / News / Only a tactical success for Trump: US-China trade talks and the inevitability of inter-state competition

Last week’s negotiations between the United States and China aimed at overcoming the trade tariff crisis and gave the impression of a positive turnaround between the two giants. China has pledged that it will buy 5 million tons of soybeans. This promise, along with further reassurance about the purchase of more agricultural, manufactured and serviceable products from the United States, resulted in positive feedback from negotiating participants such as Chinese Vice-President Liu He and Donald Trump.

However, there is nothing official on paper – no signature – and that is why the White House after the summit issued a statement where it explained that “the 90-day trial agreed upon in Buenos Aires [last December] represents a hard deadline, and that United States tariffs will increase unless the United States and China reach a satisfactory outcome by March 1, 2019”. The big picture, in fact, is gloomier than the one seen during this round of negotiations, because problems in the US-China relationship are structural and the partial solution achieved last week is just a tactical success for Trump to sell it to his domestic constituencies – in particular the one of farmers.

The apple of discord between USA and China is “state capitalism”. To protect the competitiveness of key sectors such as the Silicon Valley, Washington, D.C. tried – first with the Trans-Pacific Partnership and then with tariffs – to impose free-market discipline on Beijing. This is a mission impossible because of the inner tension of American grand strategy. This strategy seeks a difficult synthesis between the geoeconomic openness of trans-national space on the one hand, and a nationally-informed geopolitical dominance on the other hand – Wilsonianism-cum-primacy. This contradiction is a Catch-22 difficult to square. Why? The global geoeconomic openness that the US needs for its competitive-strategic industries to thrive it triggers geopolitical conundrums that in turn threaten both US economic competitiveness and geopolitical power. A remarkable example of this contradiction was the attempt to contrast Japanese carmakers’ competitive pressure in ‘80s with the Plaza Accord and the Voluntary Export Restraint. But contrarily to Japan, China attaches its economic competitiveness to geopolitical aspirations and there is no agreement that Beijing may accept as Tokyo did a three decades ago. When the Chinese government talks of “core interests”, it means that these interests are non-negotiable.

The US-China relationship has brought back with a vengeance some elements of the Hobson-Lenin-Bukharin (HLB) approach to the study of inter-imperial rivalry. As multinational corporations seek to expand all over the world market, they need the backing of the state in order to win external competition. In turn, this transforms economic competition into geopolitical rivalry as the interests of big corporations and those of the state coincide more and more – that is what HLB called monopoly capitalism. States pursue diplomatic and economic arrangements favourable to their own – and their companies – interests by negotiating trade agreements and meeting at glamorous summits, but if necessary they adopt coercive measures such as sanctions and, eventually, military-territorial influence.

From this viewpoint one can best understand the reasons for the diplomatic wrestling of the Huawei-case. The US-led opposition to the Chinese colossus is a signal that concepts that were believed old-fashioned such as “sphere of influence” are indeed a still important category in contemporary international relations. 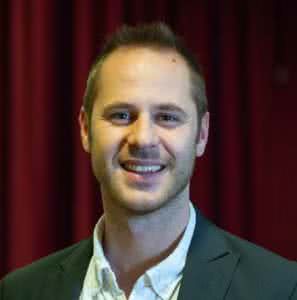